These vegetable latkes are not your traditional latkes, they are made with shredded potatoes and a mixture of carrots, zucchini, and peppers, PLUS cooked in a waffle iron so you don't have to fry them! 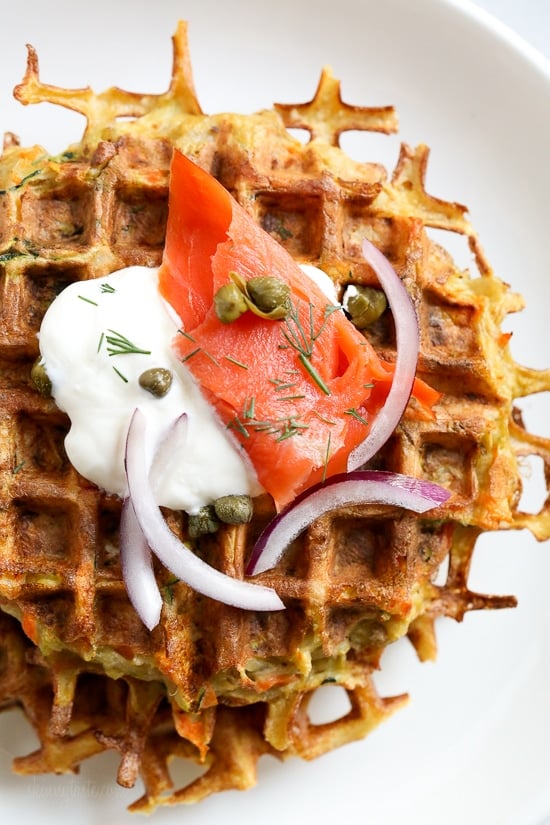 What is served with latkes is entirely up to you, my favorite is with sour cream, salmon, capers and red onions or just with applesauce as a side dish. 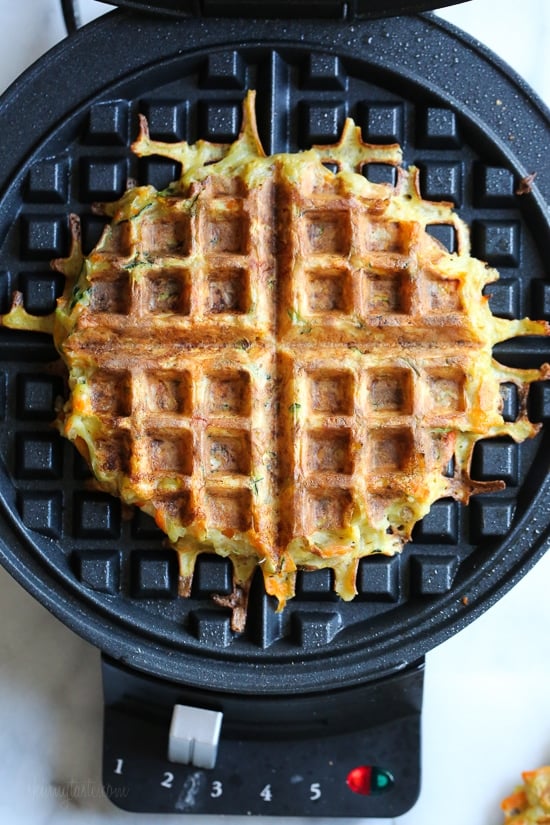 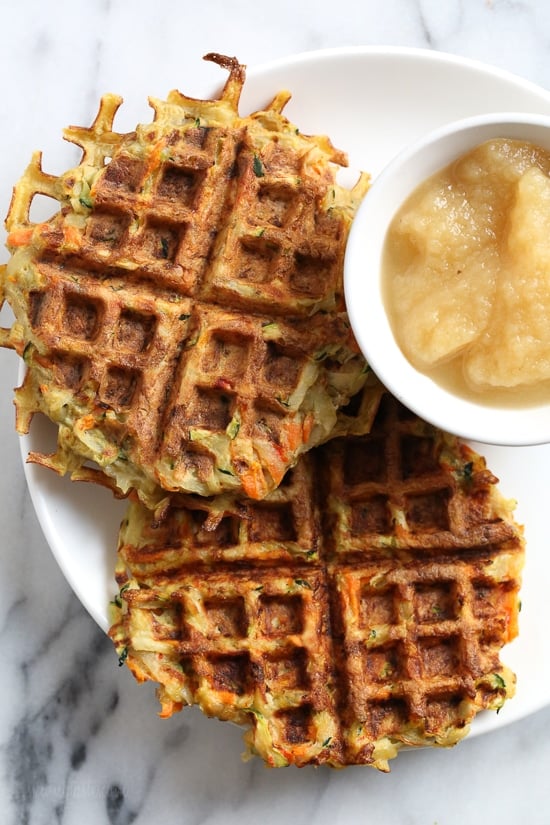 Using a waffle iron to make latkes is a turning point. The edges will be crispy and since you won't be frying them all you need to do is sprinkle the waffle iron with oil. I have a simple Cuisinart round waffle iron (affiliate link) that I've used to make everything from waffle crab cakes, grilled cheese, and more! The funny thing is that I never bake waffles in it.

Which potatoes are best for latkes?

I like to use Russet potatoes, but I also made them with Yukon Gold. You can also use sweet potatoes for a sweeter latkes. These can easily be made gluten-free with a universal gluten-free flour mix. 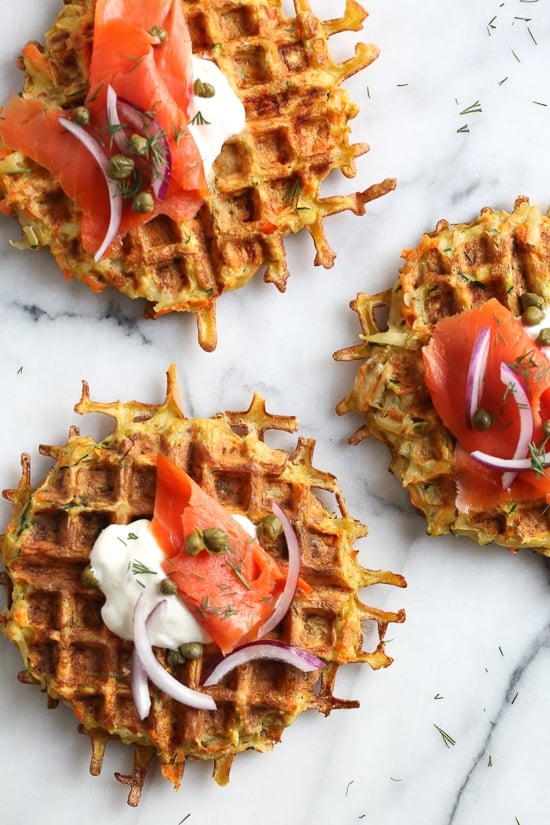 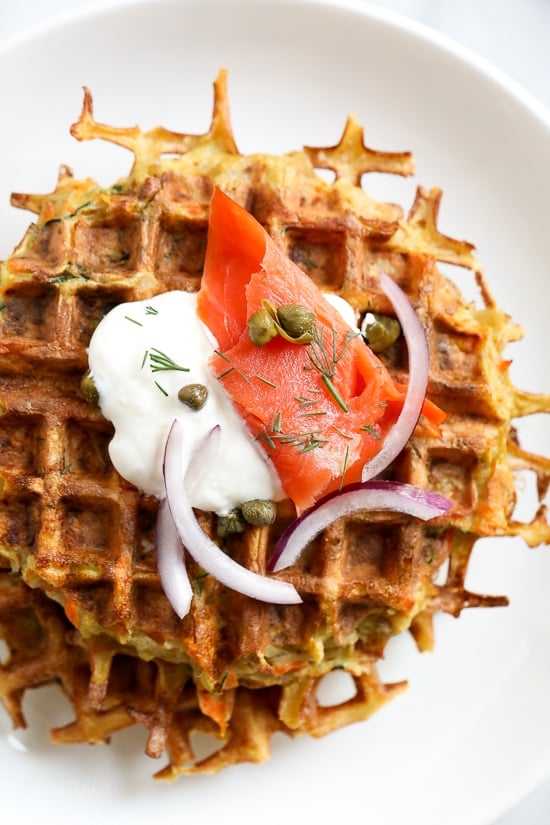 These vegetable-filled latkes aren't your traditional latkes, made from grated potatoes, carrots, zucchini, and peppers, and cooked in a waffle iron so you don't have to fry them! Top them with sour cream, salmon, and capers, or with applesauce on the side.